Football comics have been dwindling in the lower leagues of popularity since the advent of the Premier League back in 1992, but are they about to make a ‘Roy of the Rovers’ style comeback?

Award winning and best-selling comic artist Will Sliney believes a football comic competing with the American, super-heroes of Marvel may not be as much of a fantasy as it sounds.

And if anyone is likely to be championing the football comic’s return to the big-time, it’s Will whose work for the world’s most famous comic brand- Marvel– includes Spider-man, X-Men, The Fearless Defenders and The Avengers.

The Irish-born artist, who grew up with his nose stuck in the famous Roy of the Rovers publications, said: “Comics have changed a lot in the last few years, mainly in terms of accessibility with digital releases.”

“I would guess that the first mainstream digital football comic could do really well.”

The demise of Roy of the Rovers is a sad one for British comics, ending it’s 851 issue run in 1993, although Roy did live on for a few years in the form of his son ‘Rocky’s’ adventures. Will couldn’t put his finger on why the comic suffered a decline but is hopeful of a change in fortunes.

“I’m not sure really (why football comics lost popularity). Roy of the Rovers lasted a long time and the last iteration of the comic starring his son Rocky was of a really high quality.”

“Comic trends tend to be cyclical and I hope that they are just taking a break.”

It may just be that the fortunes of the football comics are about to come full circle after a 21 year absence. Sliney is a boy-hood Evertonian and was recently commissioned to produce a series of illustrations for a special junior match-day programme.

Any Blues who visited Goodison Park for their 2-0 in over Norwich City in January will remember the striking image of Seamus Coleman belting the ball full-force towards the reader. How did that come about?

“The club had seen some of my drawings on-line and when they found out I was an Everton fan they just dropped me an e-mail.”

“It was great (to do). As much as I used to draw superheroes as a kid, I probably drew Everton players more often.”

Despite a childhood of sketching his heroes in the royal blue, Sliney’s professional work has seen him bringing the capers of Spider-man and Wolverine to life. But which is easier to draw: Everton’s marauding right-back or Peter Parker’s alter-ego?

“Both are quite similar really. You have to get across the movement and dynamism in a single picture.”

“I may have been a bit biased when I chose to draw Seamus. It was right on the heels of a couple of his fantastic goals.”

The Irish Toffee has certainly contributed a few special goals this season, although his most recent winner against Cardiff City is perhaps less likely to feature in a dynamic action sequence in any forthcoming comics. Asked what work he’s got lined up at the moment, Will responded:

“I’m working on a couple of unannounced projects for both Everton and Marvel. Hopefully you will see the Everton ones soon.”

Perhaps we’ll see the return of the football comic sooner rather than later, and if the sample Will provided in the Norwich City programme is anything to go by, it is sure to be well received.

But whether such comics make a successful promotion push or not, Will’s professional trajectory seems to be going from strength to strength. The artist hails from the small fishing village of Ballycotton, County Cork and his work on a small-press publication, Sleepwalker was enough to convince Marvel of his talents.

But what is it like working for such a global brand as Marvel?

“It (the job of a comic artist) has certainly become a lot more glamorous in the last few years now that Marvel have become a house hold name. If I could describe the job in one word I would go with ‘fun’.”

“The job can be solitary-I work from my own studio- but I specifically surround myself with good friends and family to counter balance that. The best thing about it is that I work my own hours so I can pick and choose as I like.”

“The comics conventions tend to be the social side of the job where I get to meet both fans and colleagues.” 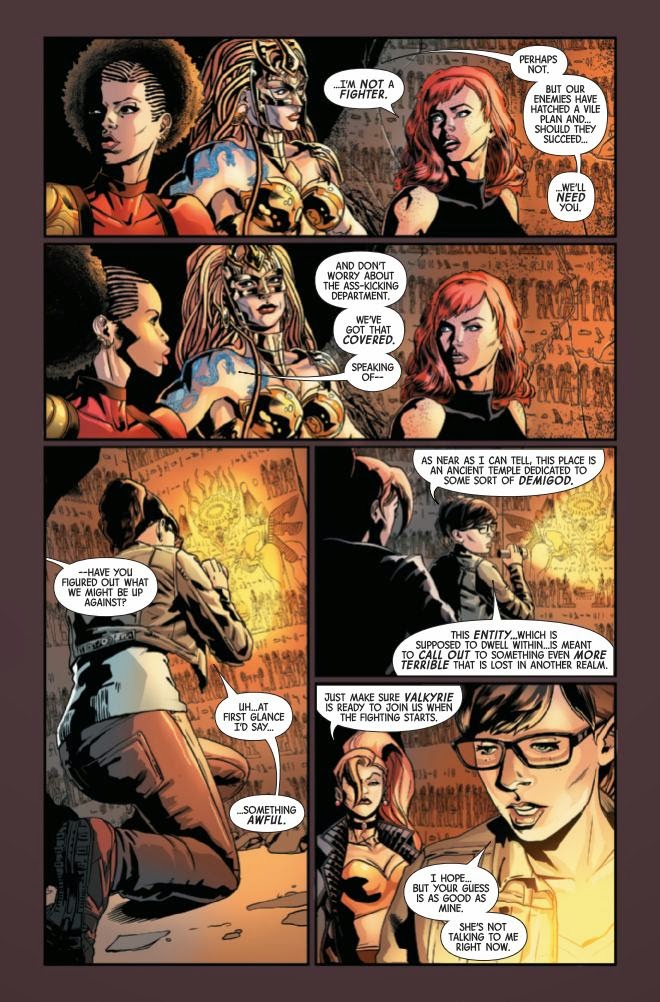 The Fearless Defenders (Will Sliney, http://sliney.blogspot.co.uk/)
The boy-hood Blue followed in his uncle’s footsteps watching Everton and named current first-team coach and club legend Duncan Ferguson as his childhood hero. And Will has been pleased with the way Roberto Martinez has handled the club since taking the reins, while reserving special praise for Everton’s Irish contingent.
“I’m happy with the way the team are moving forward. Not many would have predicted that he would start off so well and I am excited for the future. I’m hopeful of a top 5 finish now that the tough away fixtures are through.”

“Seamus and James (McCarthy) are both fantastic and I am looking forward to (Darron) Gibson coming back. From an Irish perspective, there is probably no better manager suited to Aiden McGeady’s style of play, so I am hoping he can bring out the best in him.”

And should Will’s new working partnership with Everton go well, we can expect to see the man responsible for graphic-novel Celtic Warrior: The Legend of Cú Chulainn, spending more time in Liverpool

“I try to head over (to Goodison Park) a couple of times a season but hopefully now I will get to travel more often as I build my connection with the club.”

“Each time I visit Liverpool I tend to stay in a slightly different area just to experience as much as I can.”

I’m sure the blue half of the city will be eagerly anticipating the next ‘issue’ of Coleman and co’s adventures.